This research directed the application of MEMS technologies, developed by the Department of the Polytechnic, toward an area not yet sensorized like the tires of a military aircraft. The wheels of the main landing gear of a military aircraft are characterized by a peculiar phenomenon of tires heating, generated by severe operational conditions such as frequent repetition of taxiing, takeoff, landing phases.

Structural Loads cyclically deform the tire carcass. and induce a deformation work in the various layers of materials, linked by the rubber compound, that make up the structure of the tire, the internal work of deformation and the heat of the use of the brakes raises the internal temperature of the carcass but even more in that salient structural area called Bead Toe / Tire bead.

The temperatures of the brakes package can exceed easily 500 ° C in a normal braking and would reach 1000 ° C in case of aborted take-off or emergency landing. In extreme conditions the temperature may be so high to cause local failure of the rubber compound in the area of Tire Bead/Bead Toe. This local failure is due to the loss of structural capability of the rubber because the local compound temperature. Therefore, the structural collapse starts when the bond between the carcass and steel cable is loosening. This phenomenon, not measurable on the outer tire surface, is hidden due to the poor heat conductivity of the rubber of the structure of the tire. Hence the need for a dedicated MEMS Sensor System that is able, by using the salient physical parameters affecting the structural integrity of tire bead, to carry out:

The research has enabled us to develop a device inserted into the tire, able to monitor and collect data on thermal

conditions and wear of the tire in real time. The system has been realized through the development of MEMS sensors integrated into the tire itself, by monitoring the operating environment conditions (temperature, pressure, loading conditions). 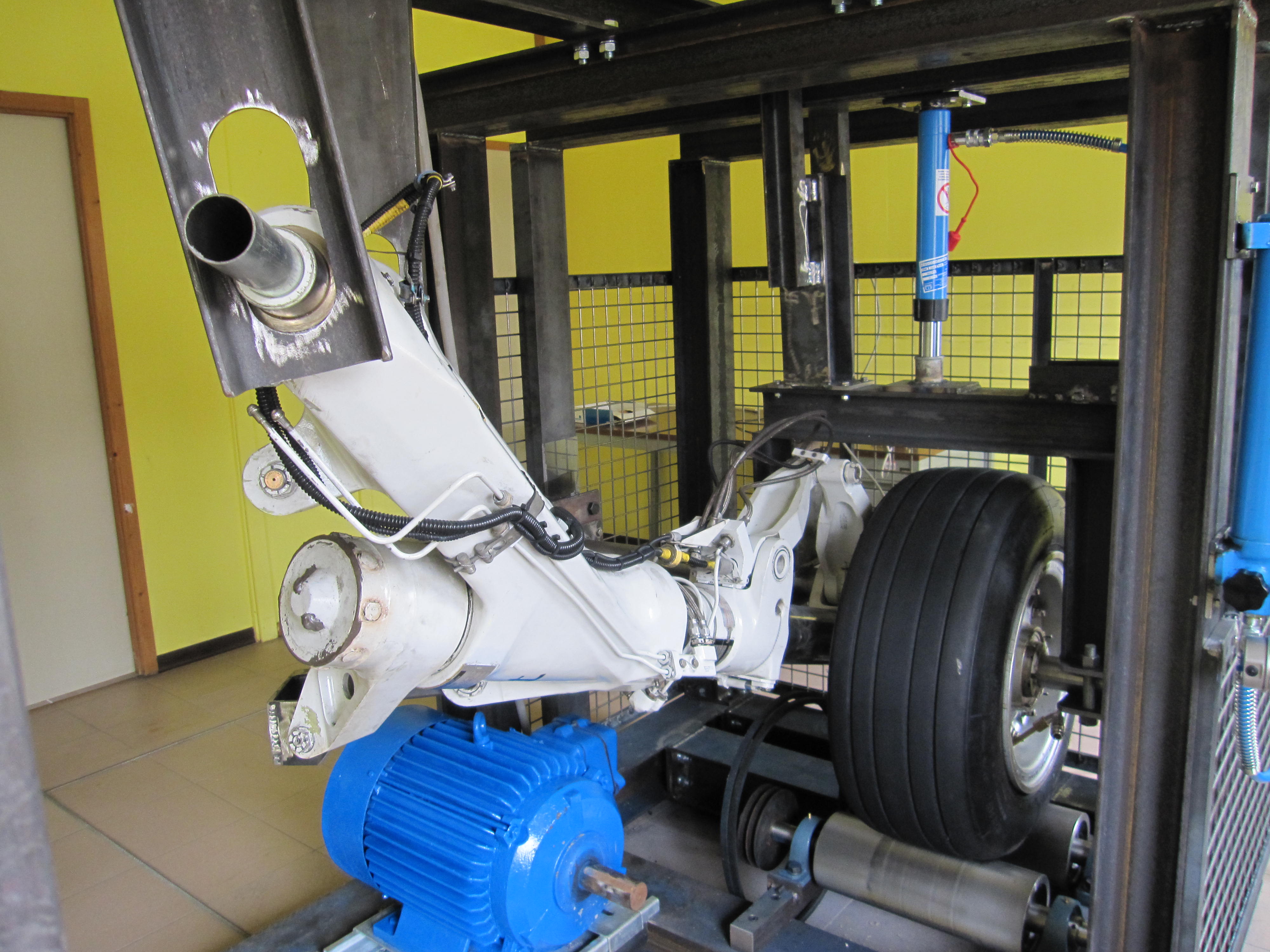 Level reached by the current state of research is TRL 5.

The next steps of the research are directed to the engineering of a final optimized solution to be installed as “stand-alone” for an initial operational test of the entire system on an aircraft for ground trials.